So Easy Even Little Girls Can Ride It

Okay, little girls that have been riding unicycles for years can learn it in a few minutes.

David Martschinske and I were invited to bring some SBUs to the Unicycling Club at Pleasant Valley Middle School last Wednesday. Â We brought 3 SBUs not knowing if the kids would be daring enough to give them a go. Â But immediately we were literally being circled by two girls on unicycles and I knew they would do great.

After I breifly explained how the SBU worked, demonstrated it and answered questions, the teacher told all the kids to start practicing. Â There was an instant swarm of about 30 little kids on unicycles; it was pretty cool (and kind of scary).

David and I helped three of the brave kids learn to ride the SBU, they did great. Â In about ten minutes there were three kids on SBUs amongst the swarm in the gymnasium. Â There were even kids on 5ft tall giraffe unicycles. Â David and I had a blast and look forward to visiting them again.

One Response to So Easy Even Little Girls Can Ride It 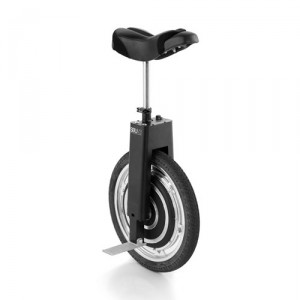